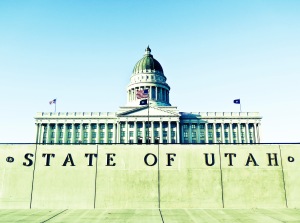 We are back in the US and A. This time we are in Utah in Park City for the Grand Prix. On our journey to Park City we enjoyed one day in Salt Lake City. It was a really cold Sunday, maybe you don’t know (we didn’t either), all the shops and a lot of restaurants are closed in Utah on Sundays. So there was not much to do, we decided to go to the Mormon Temples and learned a lot about their religion. They showed us around in the many modern Temples they have here in Salt Lake City. As well they showed us the biggest ceremony room, which fits more then 22’000 people! I have never been in such a big room- really imposant!

After the church adventure we went to an other city part- more southern! As we entered the bar we had to smile- the bar was full of people- every were flat screens on the wall, showing the Sunday games- soccer, american football, basketball, boxing, car racing- what ever the americans love! But the craziest part of this bar adventure was that every body in this bar was drinking alcohol during lunch (lets call it burger-) time! After the church visit and being jet lagged it was crazy to see this two contrasts!

On Sunday evening we headed up to Park City. On Monday and Tuesday we had some crazy training going on- the rail set up is amazing but the two kickers are a little bit hard handling. The Qualification was yesterday and I ended up on the amazing 3rd place! The finals are tomorrow- lets hope the weather clears up and we have enough speed to clear the course safety!

Enjoy your day and best greetings from UTAH! 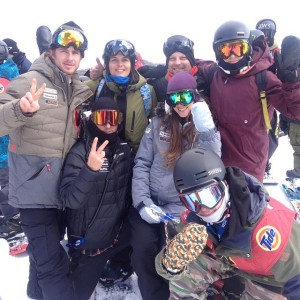 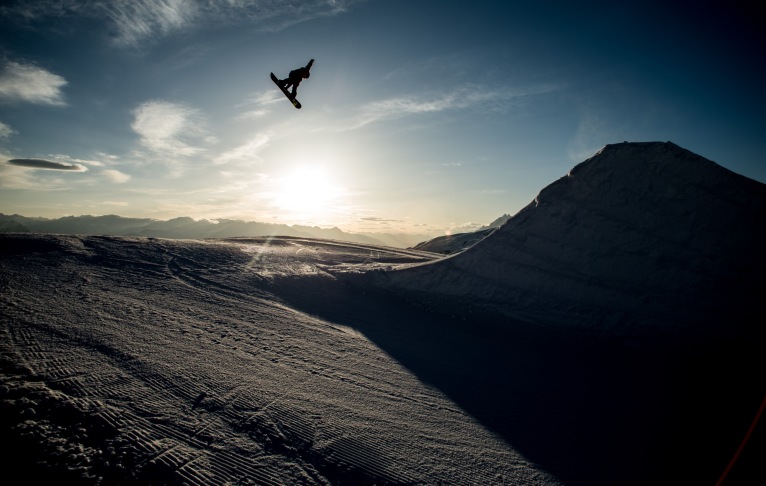 These couple of days in Laax were all about the fun- not hitting any bigger kicker just enjoying to play around in the snow! 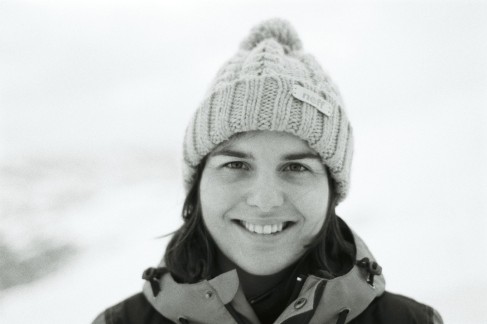 Check out my interview at the REVERSE Magazine:

Sina, you where qualified for the world championship finals in slopestyle and you won the bronze medal at the big air. How do you feel?
It was a nice week and I’m happy I made it in both finals. I was a bit disappointed for not bringing a medal home in slopestyle. The qualifications, which I won, went so well that I was motivated to win the competition. Finally, I ended up in the fourth place again (referring to the Olympic Games) and that always sucks. Then, at the big air competition I stepped onto the podium and I was happy to take home at least one medal.

What was the best moment of the event for you?
The championship lasted 8 days so it’s hard to pick one single moment out of them. In general, we were such a great team, plus we had JOE ZANGER with us. He is hard to describe, he is like a natural healer and a really good soul and he supported us through the whole week. That was not a single moment but it was one of the coolest thing about the event.

Now back in Laax for BEO. Tired? Ready?
For sure not tired because the world champs where so long, there was not a lot of training and competition. We were there 8 days for just two competitions, which was not so stressful. So now I’m ready for Laax. I feel ready because I’ve already had four competitions that went well this season so I hope it will last.

How does it feel to compete in your home resort?
It’s for sure different than other events. On one hand, you are more nervous because a lot of people know you and are watching you. But on the other hand, it’s so nice because you get a lot of support as everybody is cheering for you. So it’s both negative and positive. It’s so amazing to host such a big event at home. But finally when you are up there and you are starting your run the feeling is the same as in any other competition.

How would you describe the snowboard scene for a woman?
The last few years we were just 10 top riders. For example, three years ago you knew exactly who was going to make it to the finals and who was not. Today the scene of professional snowboarders has expanded to 15-16 girls. So it becomes harder and harder to define the top six that would make it to the finals.
In general, for a woman in this sport it’s hard to find sponsors but on the other hand, it’s easier to get into the top league than it would be for a guy. What it’s great about snowboarding is that the guys support the girls and the girls love to watch the guys. We are all riders and friends.

You are an awesome photographer as much as an impressive rider. What led you to photography?
I’ve got natural inspiration. For me photography is like art and I love doing some artistic stuff. So far, I have taken my camera out with me to take shots of nature because I’m really nature-connected because of snowboarding. It just came to me and now it’s one of my main hobbies.
I bought my camera when I went on my first big trip to Bali. I wasn’t expecting to take any good shots, I was just like a tourist shooting around… Then I realized that I was really getting into it. Last season, when I got injured, I started experimenting with new techniques and new angles, which increased my knowledge of photography. I’m not a professional but I’m not just shooting around randomly anymore. (laughs)

As an experienced rider what would be the message you would give to all the young budding riders?
Go out there, pick your friends, have a nice day and push yourself. Just have fun! Do it, try it out and you will get better and better.

Thank you for the interview Nicole-Reverse Magazine and Raphael Erhart

Girls and Boys out there

Would you like to come and snowboard with Julien Emch, Mathias Weissenbacher and myself in Laax?

If yes follow this link and come to Laax at Eastern and have your time of the life with your Head Snowboard heroes: 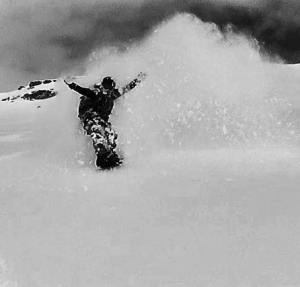 good to have this girl with me, the unique jamie anderson 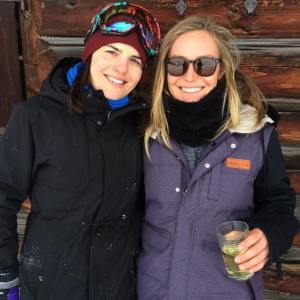 The European Open is for sure a special event for me! Two very different things that it makes this event so special for me: as I started to get into the freestyle scene I had no clue about how big the European Open is. All my friends decided to compete in the event and I thought why not? As a junior I started in the slopestyle contest- without knowing how good or bad I was compered to all the other riders. So I dropped in and enjoyed the ride down through the course! It was an amazing feeling and I knew I love snowboarding with my heard and I has so much fun- but i didn’t know that I was good in it! At the price giving I was freaking out as I heard “and the winner is Sina Candrian”- I thought it was a mistake! Not really understanding what was going on during this week with winning both junior events- slopestyle and pipe, competing as well in the women finals in the pipe and got 2nd behind Kelly Clark…! Suddenly my career as a snowboard professional started- without having noticed it!

Second of this specialty about this event is, that the event is happening on the same mountain on which I learned how to stand sideways! It is crazy how much this mountain and the locals means to me- how much love and support I get while the competition is running in Laax. I am so thankful to have this mountain just in front of my house! A dream for a snowboarder, we have one of the biggest resorts to powder every where, we have the biggest pipe on earth and we have the most creative slopestyle! What I want more? Thanks to the park shapers in Laax and thanks for all the people making this home so wonderful!